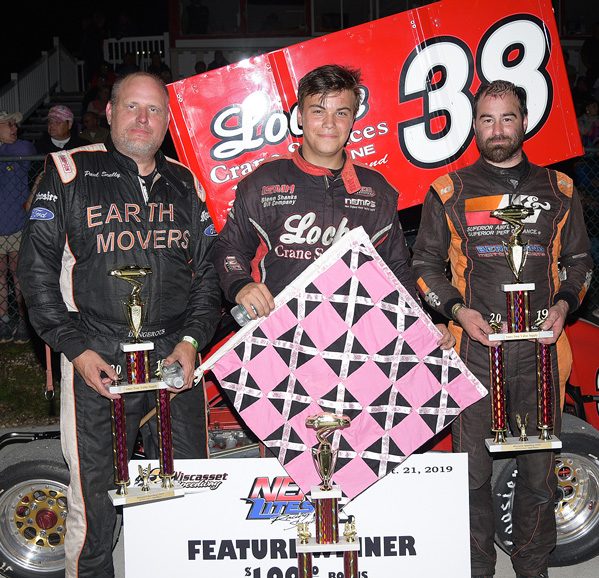 The Northeastern Midget Association visited the Wiscassett Raceway this past Saturday evening, and were welcomed by the Jordan family and a packed crowd, at one of NEMA’s favorite stops. 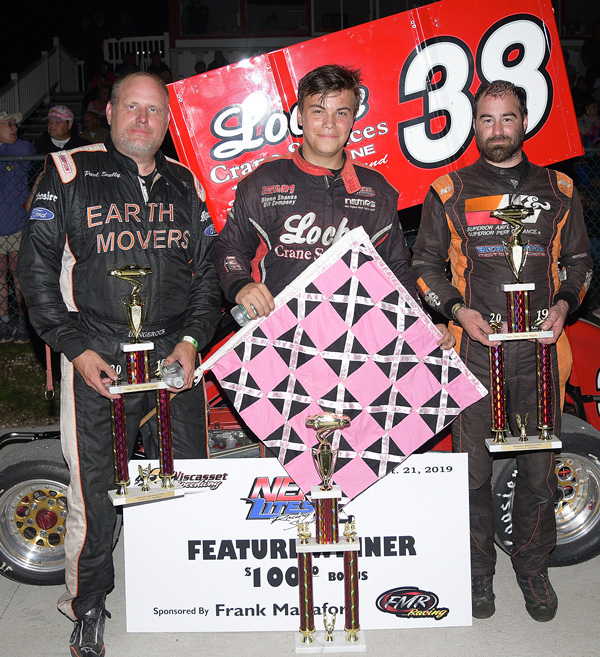 In the 50 lap Lites event, a wild feature saw Ryan Locke take down the victory and in the NEMA race, seven time Northeastern Midget Association champion, Randy Cabral, snapped a long winless streak this past weekend. It was Cabral’s 20th consecutive season with a victory, extending his NEMA record, and 20th season with a victory, one behind Drew Fornoro’s 21 seasons with a victory.

In the 50 lap Lites feature, youngster Chase Locke jumped out into an early lead, and the caution would fly after contact sent Paul Scally for a spin. When the green flag flew again, Locke bolted out into the lead again. Behind him, Anthony Marvuglio had made his way into second, and Richie Coy in third.

Behind the leaders, Paul Scally who had gone to the tail, was making his march to the front of the field again. Scally was running sixth by lap ten. On lap 35, Randy Cabral had a near miss, nearly spinning, and two laps later, Cabral was a lap down to Chase Locke.

Locke began to set a torrid pace, in heavy lapped traffic doing a masterful job that was reminiscent of a wiley veteran, but his car began to emit a trail of smoke. Locke began to slow down, as Cabral would get his lap back, and Ryan Locke had driven into second place at the time. On lap 40 Locke’s motor would expire, ending what would have been a cinderella night for the young man.

On the restart, Ryan Locke would jump out into the lead, and Cabral would use the high line and Scally in tow. Over the final laps, Ryan Locke dominated the feature, with Cabral second, Paul “Dangerous” Scally third, Richie Coy, Jim Cataldo, Kyle Valeri, Dennis O’Brien, Chris Vosey, Andrew Lunt and Anthony Marvuglio completed the top ten.

“We started 9th and it was a weird race with a lot of surprises,” said Locke. “It was an emotional roller coaster. There was one long 35 lap green run where I was able to throw it to the outside and pick up some spots after the restart. I saw Chase start to smoke, and it really sucked when I saw him slow down, I really thought we had a 1/2 run going for our family, he was definitely way faster than me. I felt really bad for him,” Said Locke.