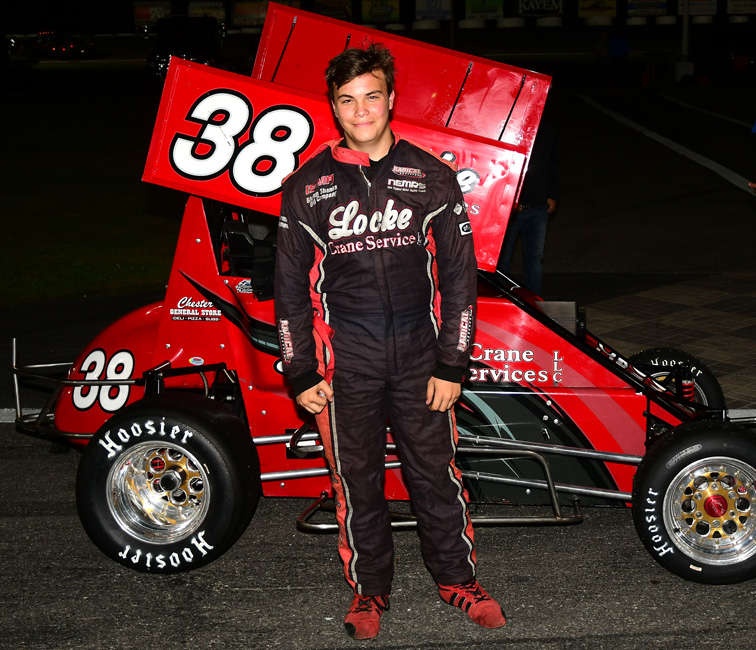 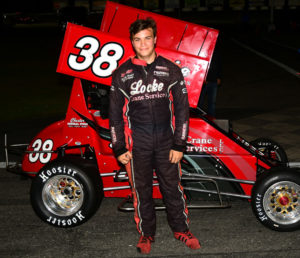 In the O’Brien Memorial Lites Feature, Chase Locke in the Shawmut Equipment #88 started on the pole and lead the first 6 laps before Randy Cabral in the Seymour/Frank Manafort #76 used the bottom of the track to drive into the lead. Long-time TQ racer and champion Matt Janisch settled into second on lap eight and made up some ground on Cabral, but then began to fade.

By lap nine, NJ’s Richie Coy had driven from deep in the pack to third and took second on lap ten. Coy would start to run down Cabral, and the caution would fly.

On the green flag, Coy and Cabral would go wheel to wheel for three laps, neither giving up the top spot and at this point, raindrops started to fall onto the race track. Cabral would pull away from Coy.

As the race wound down, Ryan Locke would get by Coy, and set his sights on Cabral. Locke, running some of the fastest laps of the race, would close the gap and was on Cabral’s bumper with five laps to go. Locke tried high and low, and used lapped traffic to his advantage in a masterful drive, but could not pass the veteran, Cabral.