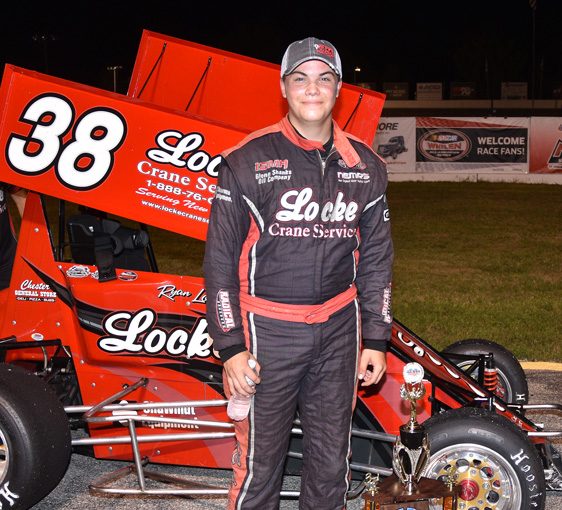 In the Lites feature, a caution that sent Matt Merry into the wall on lap one, paused the field before the race got under way. Earlier in the day, Jim Cataldo was taken to the hospital after an altercation with the wall and was released later that evening. When the green flag flew, and racing resumed, NJ’s Richie Coy, jumped out into the lead. 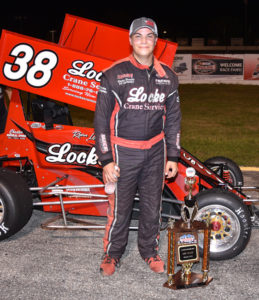 Coy began clicking off coinsistently quick laps in the 14.4/14.5 range. Behind him, PJ Stergios was making a charge, never letting Coy out of his sight, running similar laps.

As the laps wound down, Stergios closed the gap and made a run at Coy, but could not make the pass. Ryan Locke came from the seventh spot to pass Anthony Marvuglio for third with one lap remaining, and Coy was able to hold on for the victory.

“We were junk all day and threw the kitchen sink at it for the feature. On the original start I got together with Matt Merry and he ended up in the fence, I got loose under him and we touched wheels. I hate that he got into the fence. On the next restart I got a good jump on the outside and cleared Chase Locke out of 2. The car felt great. From that point on, all I was trying to do was run away and hide. I didn’t realize that PJ was there the whole race. I was just trying not to make a mistake. Then the caution comes out as I’m in turn 3 about to take the checkered flag. I knew I had to have a great restart with PJ outside and Anthony behind me. I punched and got away from PJ, but Anthony showed me his nose going into one. I gave him just enough room not to wreck and drive off turn 2 clear and ran 2 hard laps to the checkered. It’s been almost 2 years since our last win. We’ve had 4 or 5 races slip away from us that we should have won but didn’t. Last night was awesome. The Lites are so close that it’s tough to grab one of these races!,” said Coy.