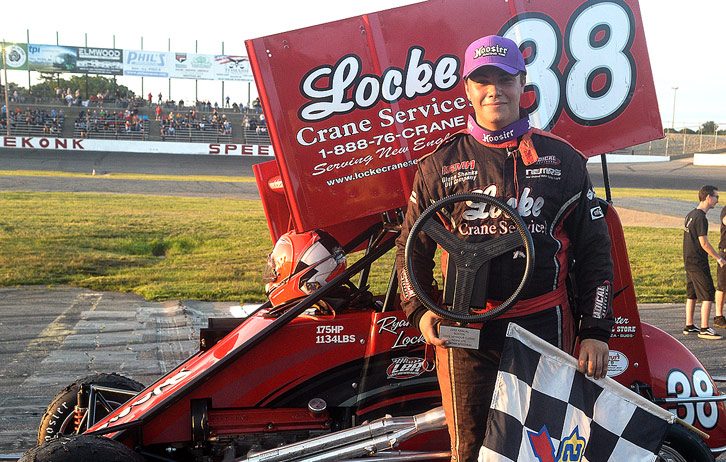 For the past 20 years, the race held in honor of the Massachusetts based car owner – “Boston Louie” Seymour, who campaigned his winning midgets, sprints and Silver Crown cars across America, has brought together the very best in open wheel Midget racing. This past Wednesday at Seekonk Speedway was no different as Avery Stoehr fought off the NEMA field to take down his first Boston Louie Memorial victory. 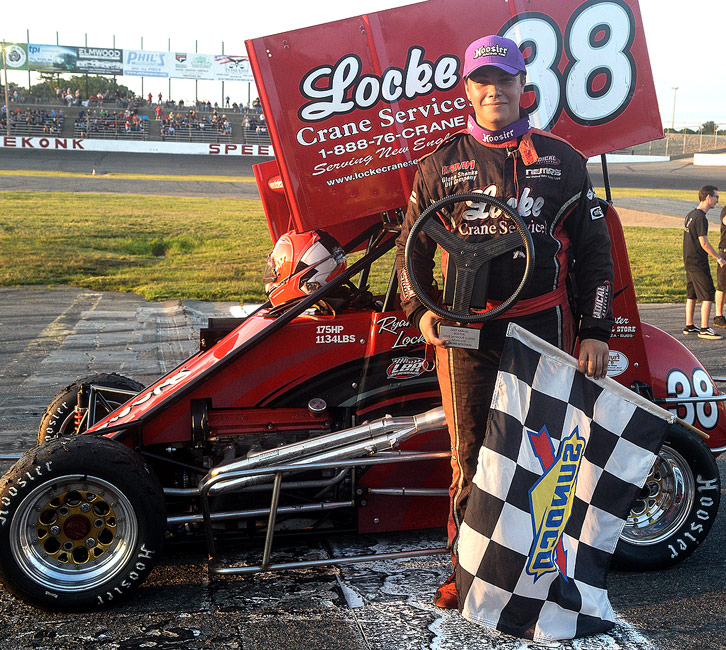 On March 25, 2017, the most accomplished pavement open wheel racer in America , Dave Steele of Tampa Fl. passed away at Desoto Speedway in Bradenton while attempting to win his 100th sprint car race in the state of Florida. The NEMA Lites portion of the show has since been dedicated in honor of Steele, this year with the young Ryan Locke besting a star studded field, including Ken Schrader, in the 50 lap event.

In the feature event, young Jake Trainor jumped out into the lead from his pole starting position. Trainor was quickly pursued by Anthony Marvuglio in the Cabral #35 machine. Trainor and Marvuglo have been some of the stars in the early portion of the Lites season, running 1/3 in points thus far.

As the laps wound down, Locke would make his bid for the lead against Trainor on lap 39. From there, Locke would pour on the heat, running the fastest lap of the feature and of the day on lap 42, a blistering 11.768 second lap, one of the quickest in recent years in the Memorial event.

Locke would go on to pull off the victory over Trainor, Marvuglio, Schrader, Cabral, up and comer Dominic Elicone, Matt Janisch, Alan Chambers, Jim Cataldo and Riche Coy.

“We started 6th which we pulled from the redraw. We had no real strategy other than take my time and keep the car under me for the first 30-35 laps and save the tires,” said Locke. “I knew we had a good chance right from the drop of the green, as I was able to go three wide and the car stuck. I can’t thank everyone enough who helps me – Locke Crane, Shawmut Equipment, Chester General Store, along with my parents, family and grand parents,” concluded Locke.