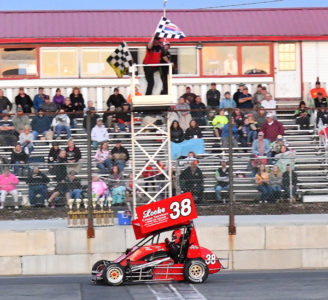 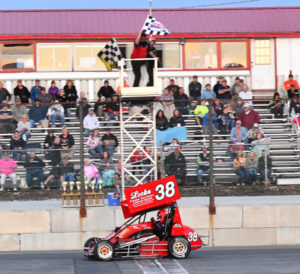 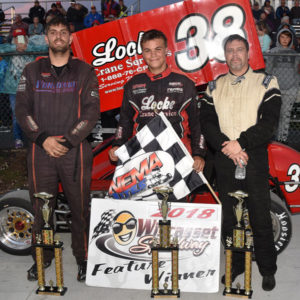 In the NEMA Lites feature, Ryan Locke worked his way into the lead in the early stages of the event. Over the first fifteen laps of the fifty lap feature, Locke would stretch out his lead to nearly a straightaway, after passing Ben Mikitarian. The running order of the field at the halfway point, was Locke, Mikitarian, Richie Coy, Randy Cabral, and Danny Cugini.

A lap thirty two caution bunched up the field, but when the green flag flew, it was all Locke at the front. Coy and Cugini would advance past Mikitarian and the two would tighten the gap amongst each other, but would have nothing for Locke at the front of the field. As the laps wound down, Locke would continue to set a quick pace in the low 14 second range.